NHS, police, fire, local and central government PR and communications people all played a pivotal role in the COVID-19 pandemic.

Communicating lockdown and the vaccine the public have relied on messaging crafted and shared by teams.

But 20-months into the emergency the heavy price paid by communicators is becoming clear.

70 per cent of public sector communicators are more stressed than before the pandemic.

56 per cent say their mental health is worse.

41 per cent complain of a lack of leadership in their home government.

However, the survey also shows a positive side with 70 per cent saying they still feel part of a team – a drop of only 4 per cent since the early months of the pandemic.

There is clearly pride in team working needed to communicate lockdowns, vaccines and booster campaigns across England, Wales, Scotland and Northern Ireland.

Why keep the survey?

The answer is simple. I was seeing anecdotal evidence of stress, pride in the work and long hours. But without data, this moment of history would be lost. So, the first survey was staged three months into the pandemic in June 2020 and has been repeated quarterly since. Overall, 1,500 public sector communicators have taken part.

For the 5th quarterly survey, more than 340 people took part in October and November 2021.

So, are we all going back to the office?

The picture is split.

Just three per cent have fully returned to the office while seven per cent never left in the first place.

By far the largest group – 41 per cent – are running a hybrid system that splits time between the office and working from home.

Overall, 40 per cent are working from home.

What are people saying?

How are the longer hours working?

Anecdotally, business as usual has returned on top of COVID-19 messaging leading to 10 per cent of public sector comms people working an extra 10 hours a week.

The long hours are widely reported with some now reporting they’ve deliberately reigned in their hours as the crisis eases.

“I’m exhausted after the initial flurry of Covid-reactive communications work and just doing what I can as things settle.”

“I was working over my hours but since our flexi system has been put on hold I am now only working my contracted hours.”

“Working from home makes me work more than usual. I would never have driven back to the office to catch-up on things at 8pm at night.”

How about physical health?

The impact of longer hours and stress has been marked on public sector communicators. More than half – 51 per cent – say that their physical health has worsened. That’s five times as many who report a better physical state.

“I am more overweight and lethargic than pre-pandemic. I cannot find the time or the mental headspace to prioritise good eating and exercise.”

“Since getting back to the office I’ve been cycling and have lost some weight.”

Mental health rates are alarming. For all the public commitments to looking after staff 57 per cent say their mental health has worsened. Some respondents reported the death of loved ones from COVID-19 adding to the pressures.

Talk of burn-out is frequent but the lack of commute is often seen as a positive.

“It’s been among the top three toughest experiences I’ve encountered. The other equally awful experience was the death of my parents.”

“Isolation from colleagues make it harder to manage pressures.”

“Overwhelmed, undervalued and no support.”

Some people just aren’t seeing the abuse that’s flying around social media. If you’re in a strategic role, central government or a head of comms you’ve often no idea what others are facing.

Run a web search and you’ll find abuse, threats and a nasty undercurrent in racist abuse aimed at organisations.

Overall, the survey showed 39 per cent see abuse weekly aimed at the organisation. That’s twice the rate of those exposed to abuse directly or seeing it aimed at a member of staff.

High profile racist abuse in sport has rightly gathered attention. But such abuse is common and seen by a steady 10 per cent right the way through the pandemic.

Those opposed to vaccines are often behind the abuse, the survey shows.

“Everyone hates the cops.”

“Anti-vaxxers aren’t afraid to unleash their venomous rhetoric on the masked majority.”

“Directed at clinical teams mostly who are vaccinating.”

“People feel very angry and hacked off at the world in general.”

Dan Slee, who carried out the online survey, is a member of the CIPR Local Public Service committee and director of Dan Slee C2 Ltd. 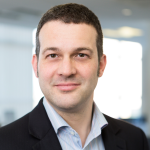 CIPR State of the Profession 2014 Survey