A seat at the top table

My professional body, the CIPR [Chartered Institute of Public Relations] has been doing some great work over recent years in highlighting the importance of seeing the communications function in organisations properly represented at Board level.  This is a key issue in the wider profession, as evidenced in annual ‘state of the profession’ surveys.

It’s a common issue across industries and employers – private, public or third sector.  It’s driven by our hunger as communication professionals to do the best for our organisations both by playing in at a strategic level, as well as helping solve problems upstream, rather than fire-fight when it’s sometimes too late.

Personally, I can look back at nearly 30 years of my career, and see how lucky I’ve been in this respect.  From my very first job as a head of communications in an NHS Trust, I was invited to sit on the chief exec’s weekly senior management team meetings, as well as to attend and advise our board meetings.  That I didn’t have a vote at those board meetings alongside the nursing director, medical director, finance director, and chief exec was never much of an issue – I don’t think there was a single actual disputed vote in my six years.  I was literally given a seat at the table, and positively encouraged to contribute.

I know this was lucky, and that this was down to the style and personalities of both my first chief exec and board chair (who was himself a well-respected PR professional in his day job).

I also know that mine wasn’t the common experience.

Chief Execs come and go though, and new ones don’t always recognise your value.  Sometimes as a result of a change at the top, I’ve knuckled down, and spent a year or two demonstrating my value afresh.  Other times I’ve decided to leave and go where I am better valued – but in my own time, when the right next job has come along.  It’s taken me from London to Belfast, Newcastle to Bristol, Glasgow to Cornwall and pretty well all points in between.

Since then, I’ve had a blend of ongoing good luck as well as personal self-confidence enough to ensure that wherever I’ve worked since has been in a role including such direct access.  I mention self-confidence, because I have passed on otherwise appealing looking (and sometimes extremely well paid) roles precisely because they didn’t afford that access.  Reporting into a non-comms professional ‘transformation director’ or ‘resources director’ rather than sitting on the senior management team and board myself are choices I have passed on.  I have no regrets though – I know I wouldn’t have enjoyed the job, or been able to do it to the best of my ability if I’d made that compromise.

But there has been a glass ceiling I found it a lot harder to crack – and that is getting promoted to a more senior level in those (still majority) of organisations that don’t have a full-time comms lead at the top table.  Working in councils, there is a bit of an inevitability that to get to strategic director level, you need to have responsibility for a wide span of services on top of the one in which you have worked as a career professional.  I’ve had decades of such broader experience – taking on responsibility for other services from arts and culture to scrutiny, civic affairs to corporate complaints, customer services to elections – but I’ve always done this whilst keeping job titles like ‘communication and marketing director’.  I figured that if I built my skills and experience in this way, it’d make the transition up to ‘strategic director’ level (with the accompanying pay packet) easier.  I even took a law degree in my spare time with the Open University so as to look a bit more serious and try to step away from any stereotype of your comms guy being the flighty, creative type, rather than one you’d trust to actually run major services.  I don’t know if it helped, but it was loads of fun, believe it or not.

Well, patient reader, after over a decade trying, I appear to have made it, having now started my new role as Assistant Chief Executive.  I’m pleased to keep comms in my span of responsibility, even though it will now take up a minority of my working life.  It’s nice also to be trusted with the role of Deputy Monitoring Officer (it’ll mean something to local authority colleagues, trust me!), in preparation for becoming Monitoring Officer when a colleague leaves this winter.

You don’t often hear of career comms professionals becoming chief executives – Matt Tee is the only one I could name off the top of my head.  More so in campaigning organisations, but less so in the highly-regulated world of local government.  And I’m not there yet either, but that’s next on the career ambition list! 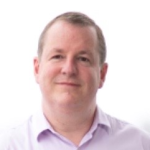 Guides and resources for communicators during COVID-19